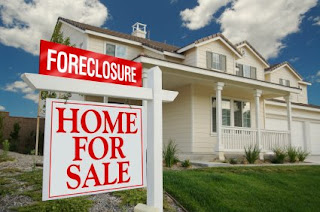 David Friedman gives a good summary of how we got into the mess we're in:

Fanny Mae was established during the New Deal by the federal government for the purpose of making mortgages more readily available and so encouraging home ownership. In 1968 it was "privatized." In the late 1990's, under Clinton, lending standards were relaxed in order to make it easier to obtain loans. The basic mechanism was fairly simple. Fanny Mae bought mortgages from the lenders who issued them and bundled them into mortgage backed securities to be resold to investors on the secondary mortgage market.

The problem with mortgages as investments is the risk that the borrower will default, a risk which depends on the detailed facts of that particular mortgage—the borrower's income, the state of the local housing market, and similar matters. That makes a single mortgage a very poor investment. Not only is it risky, the risk is hard for the investor to measure. A bundle of mortgages is less risky, but the problem still remains. To solve it and make the securities attractive to investors, Fanny Mae guaranteed them. If the borrower did not pay off on the mortgage, Fanny Mae would make good the investor's loss.

That does not work so well for mortgages. The chance that I will default on my mortgage depends, among other things, on the state of the economy and the state of the housing market. If house prices are going up, I can borrow more money against my house to make payments. If they are going down, I can't—and, for reasons discussed in my previous post, it may be in my interest to default on the mortgage, getting rid of a $95,000 debt at the cost of an $80,000 house. That means that the same circumstances that make me likely to default make you likely to default.

Which raises an obvious problem for Fanny Mae: If enough borrowers default, the amount it will owe to holders of its securities may be more than its total assets. If Fanny Mae were an ordinary private firm, buyers of its securities would take that risk—the possibility that the seller would go broke and be unable to make good its guarantees—into account in pricing them.

But Fanny Mae is not an ordinary private firm. It was established by the government and it has generally been assumed that, although the government has no legal obligation to pay its debts, the government will be unwilling to let it go bankrupt and default on its obligations. That fact gave it an advantage over ordinary private firms in the same business. The result was that it could sell its securities for a higher price than they could sell theirs, which explains why it held a dominant position in the mortgage market. It also explains why I put "privatize" in quotation marks.

Housing prices are now going down, quite a lot of mortgages are defaulting, and Fanny Mae is unable to make good on its guarantees. The proper outcome, in my view, is that firms that bought risky securities on the theory that if they went up the firm would make money and if they went too far down the government would step in to limit their losses should have to pay the price of a losing gamble. The alternative, a massive bailout, simply encourages firms in the future to take risks that are worth taking only because, if they lose, someone else will pay for it. That applies both to firms dealing with government established entities such as Fanny Mae, and to firms that may reasonably believe that they, like Fanny Mae (and Freddie Mac and ...) are "too big to fail."

One disturbing feature of the present situation is the widespread view that this collapse is a failure of unregulated capitalism. Fanny Mae was created by the Federal government for the explicit purpose of lending money to people who wanted to buy houses and could not borrow the money to do so on the private market. It has continued to pursue that purpose, first with explicit and later with implicit government support, throughout its term of existence, has repeatedly boasted of doing so, and has now gone broke as a result. That is indeed a failure, but not a failure of unregulated capitalism.

No. It's a failure of government. And the same guys who got us in this mess are now claiming they can get us out.
Posted by Brian Hollar at 11:28 PM