The Economics of Why Children Inherit Their Last Names From Their Father, Not Their Mother 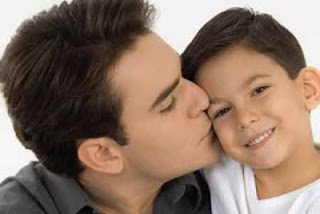 It helps ensure the investment of fathers in the context of paternal uncertainty:


Fathers are therefore expected to invest more heavily in children who bear their last names than children who bear the mother’s last names, because they are more likely to be convinced of their paternity. As a result, ceteris paribus, children who inherit their last names from their fathers are expected to be more likely to survive and thrive than children who inherit their last names from their mothers. Like polyandry, the social institution of matrilineal inheritance of last names contains the seeds of its own extinction. Societies with such an institution are less likely to survive and thrive, because their children are less likely to survive and thrive, which explains why most known human cultures practice patrilineal inheritance of last names, not their matrilineal inheritance or even the system that vos Savant advocates. Worse yet, fathers in societies with the social institution that vos Savant advocates are expected to invest preferentially in sons over daughters, and thus girls are expected to be worse off than boys in such societies.