The Price of Forgiveness 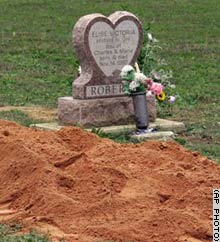 More on the incredible faith of the Amish:

Ours is a faith-torn world in which most of us tolerate — however unhappily — a schism between what we profess and how we act toward our fellow humans. In such a moral void, the quiet actions of Pennsylvania’s small Amish community speak volumes about the call to forgive others rather than tally our wounds.

Today, the Amish attended the funeral of the man who murdered their daughters.

Charles Carl Roberts IV, 32, was buried in his wife’s family plot behind a small Methodist church, a few miles from the one-room schoolhouse he stormed Monday.

His wife, Marie, and their three small children looked on as Roberts was buried beside the pink, heart-shaped grave of the infant daughter whose death nine years ago apparently haunted him.

About half of perhaps 75 mourners on hand were Amish.

“It’s the love, the forgiveness, the heartfelt forgiveness they have toward the family. I broke down and cried seeing it displayed,” said Bruce Porter, a fire department chaplain from Morrison, Colorado, who had come to Pennsylvania to offer what help he could and attend the burial. He said Marie Roberts was also touched.

“She was absolutely deeply moved, by just the love shown,” Porter said.

“Sometimes, faith helps ordinary men and women do the humanly impossible: to forgive, to love, to heal and to redeem. It makes no sense. It is the most sensible thing in the world. The Amish have turned this occasion of spectacular evil into a bright witness to hope. Despite everything, a light shines in the darkness, and the darkness did not overcome it.” — (Rod Dreher, Dallas Morning News)